How do you measure EQ in your managers? 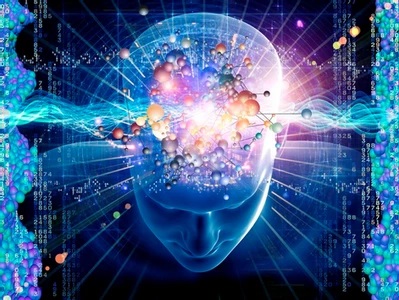 For around 30 years, Emotional Intelligence (EI or EQ) has been slowly but surely gaining popularity as a means by which to identify the human skills that some people seem to have as an innate quality, while others don’t seem to have at all. While I’m not about to re-hash all the tools and theories that have abounded since this fascinating subject arose, I am intensely interested in the measuring tools we use to judge such qualities (or lack thereof). The market includes the use of personality tools such as MBTI and DiSC, for which I don’t necessarily have a fondness for, but hey, it’s up to the end user right? There are also specific tools such as Genos and Daniel Goldman’s own ESCI. But let’s imagine for a moment that your manager does not seem to qualify in the high EQ quadrant. Let’s say they are not ‘aware’ and therefore are not likely to undertake such a test to tell them something they either don’t want to know, or have very little patience for anyway. If you’re in this boat right now, then you’re also wondering how long it will be before it sinks; because leadership without EI is akin to an ocean liner with a politician at the helm – lots of talk but little direction. The answer – well – I can only posit what has worked for me and those I’ve spoken to over the last few years. And that is the following:

1. Work on your own EQ first. There are essentially four aspects to your EQ, so figure out what needs improvement in your own world first. Is it you recognition and management of your own emotions? Positively effecting the emotions of others? Using emotions to effect work outcomes? These are all components of a well-rounded emotionally intelligent leader.

2. Use that enhanced ability to work “with” your manager to investigate their views on emotion in the workplace. Do they take it seriously enough to invest in professional development of their team?

3. Set about ‘managing up’. Use your skills to improve your manager’s life through a better understanding of the effects of emotions between you, them and your work colleagues. The best proponent of this is a dear friend of mine who became trapped inside a massive organisation surrounded by ‘yes-people’ and ‘WIIFM zombies’. She stopped to ask people how they were feeling and what the impact of recent events had on their personal journey. The reaction was one of disbeleif, confusion and sometimes pure cognitive dissonnance! “No one’s ever asked me that before”, “No one’s ever spoken to me like that before”, and so on. She continued with this line of questioning over a period of months until people became used to communicating about emotions. This simple action improved her team’s willingness to challenge normal behaviours and seek for better workplace conditions. The culture is changing for the better! In the end – it’s a process. But people have turned on to the feelings of others in a way they haven’t ever thought of before.

This website uses cookies to improve your experience while you navigate through the website. Out of these, the cookies that are categorized as necessary are stored on your browser as they are essential for the working of basic functionalities of the website. We also use third-party cookies that help us analyze and understand how you use this website. These cookies will be stored in your browser only with your consent. You also have the option to opt-out of these cookies. But opting out of some of these cookies may affect your browsing experience.
Necessary Always Enabled
Necessary cookies are absolutely essential for the website to function properly. These cookies ensure basic functionalities and security features of the website, anonymously.
Functional
Functional cookies help to perform certain functionalities like sharing the content of the website on social media platforms, collect feedbacks, and other third-party features.
Performance
Performance cookies are used to understand and analyze the key performance indexes of the website which helps in delivering a better user experience for the visitors.
Analytics
Analytical cookies are used to understand how visitors interact with the website. These cookies help provide information on metrics the number of visitors, bounce rate, traffic source, etc.
Advertisement
Advertisement cookies are used to provide visitors with relevant ads and marketing campaigns. These cookies track visitors across websites and collect information to provide customized ads.
Others
Other uncategorized cookies are those that are being analyzed and have not been classified into a category as yet.
SAVE & ACCEPT